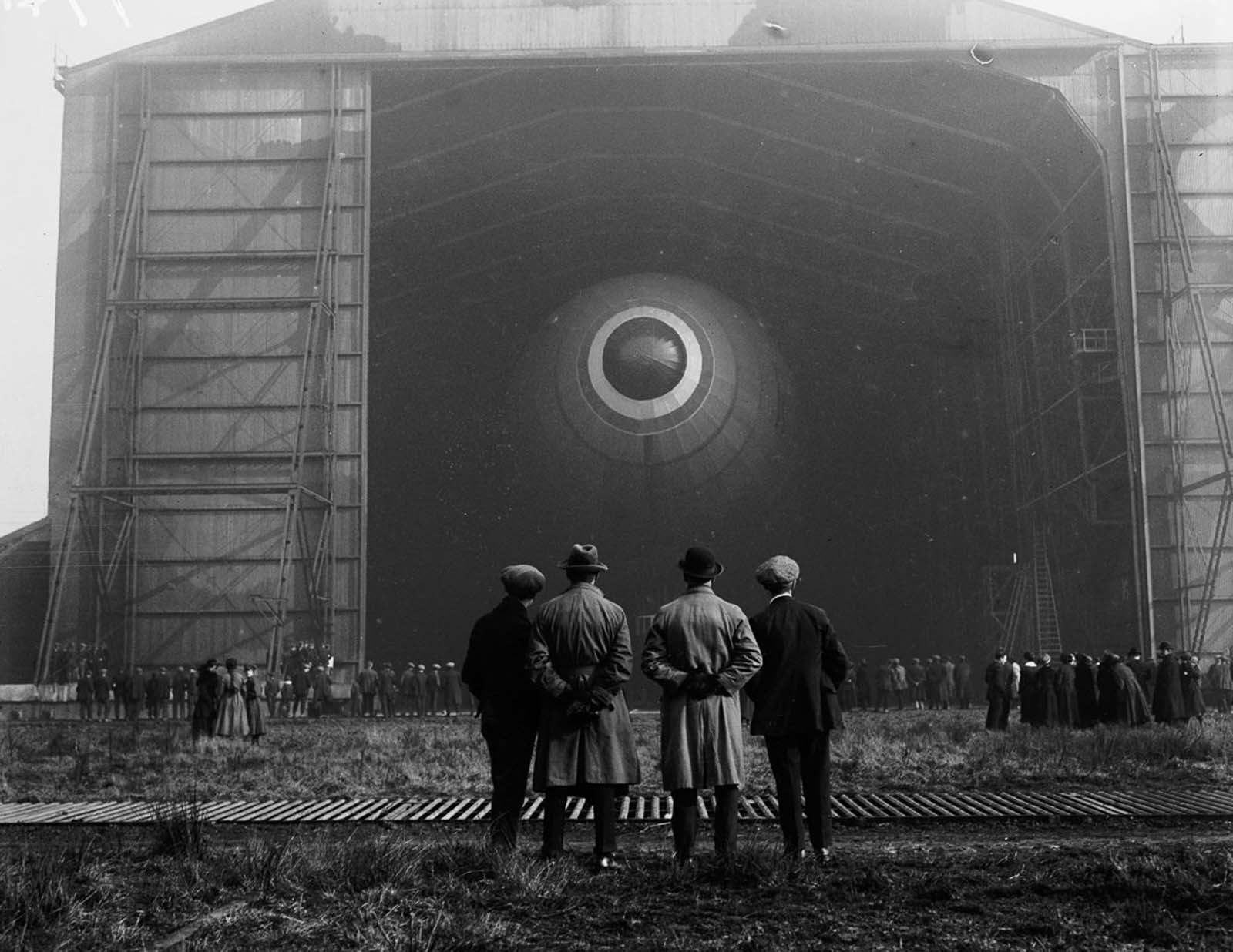 The British airship R33 in its hangar as it prepares for its first-ever flight at an aerodrome in Barlow, Yorkshire. 1919.

The airship R33 was built by Armstrong Whitworth and was completed after the end of the First World War. Her first flight was in early 1919. She was sent to Pulham airship station where she clocked up over 300 flying hours in tests and the training of crews.

In 1921 she was used by the London Metropolitan Police for traffic control. On 31 May 1921 the British government cancelled all airship development for financial reasons. Military airships were scrapped, but as a civilian airship R.33 was mothballed instead. In 1925, after being inactive for nearly four years, the reconditioned R.33 emerged from her shed at Cardington.

With the resurrection of airship construction in 1925 the reconditioned R33 was brought out and sent back to Pulham for further tests and again used for training. On April 16 1925 she famously broke free from her moorings at Pulham carrying a skeleton crew across the North Sea. This adventure made national headlines at the time and the crew were hailed as heroes when the damaged ship was successfully steered back home.

In October 1925, following repairs, she was used for experiments to provide data for the construction of the R101 airship. Once these were finished, in mid-October, she was used for trials launching a parasite fighter, using a DH 53 Hummingbird light aircraft. After some near misses, a successful launch and recapture was achieved in December that year.

Airship R33 was finally broken up in 1928, after severe metal fatigue was found in her frame. The forward portion of R.33’s control car is on display at the RAF Museum at Hendon. 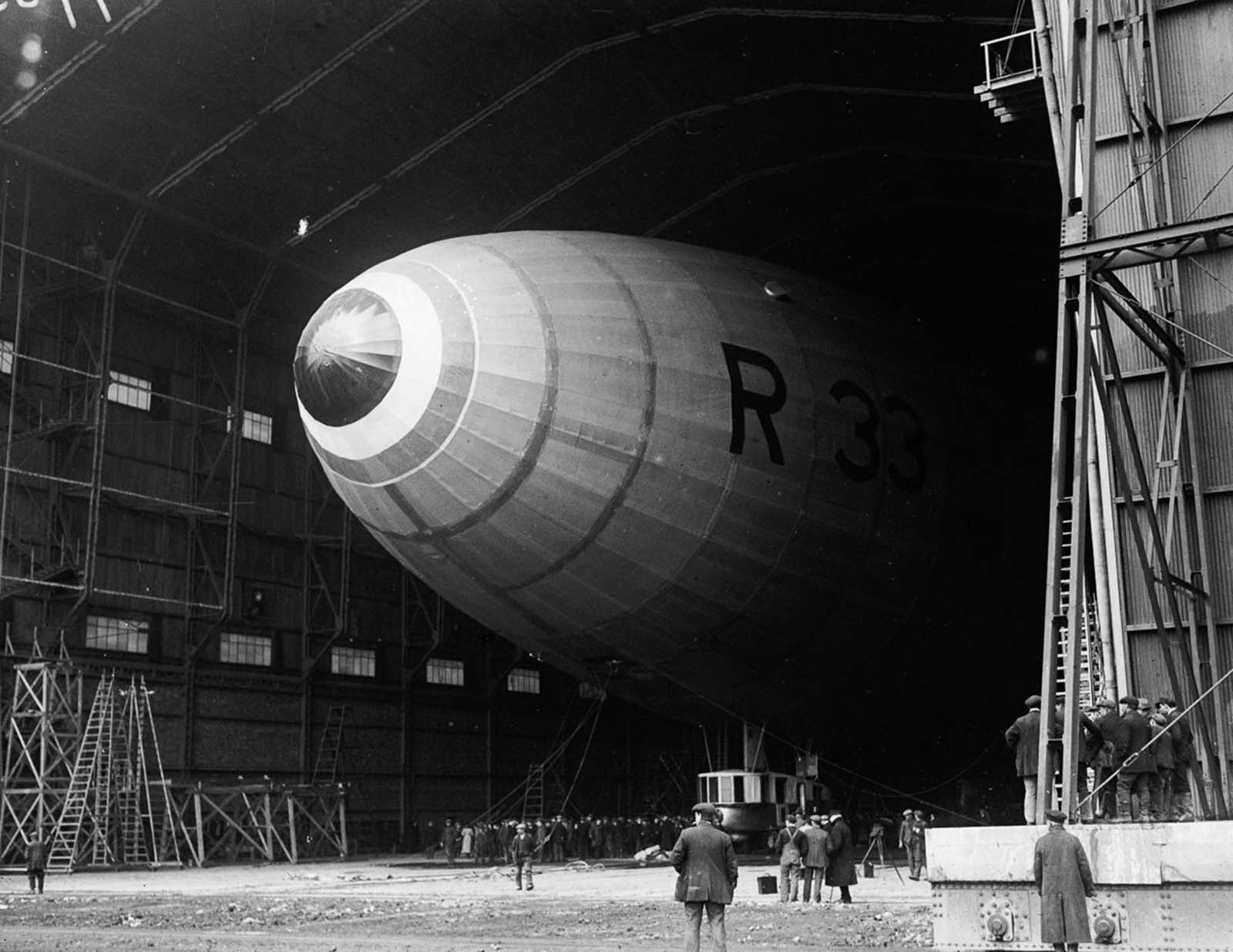 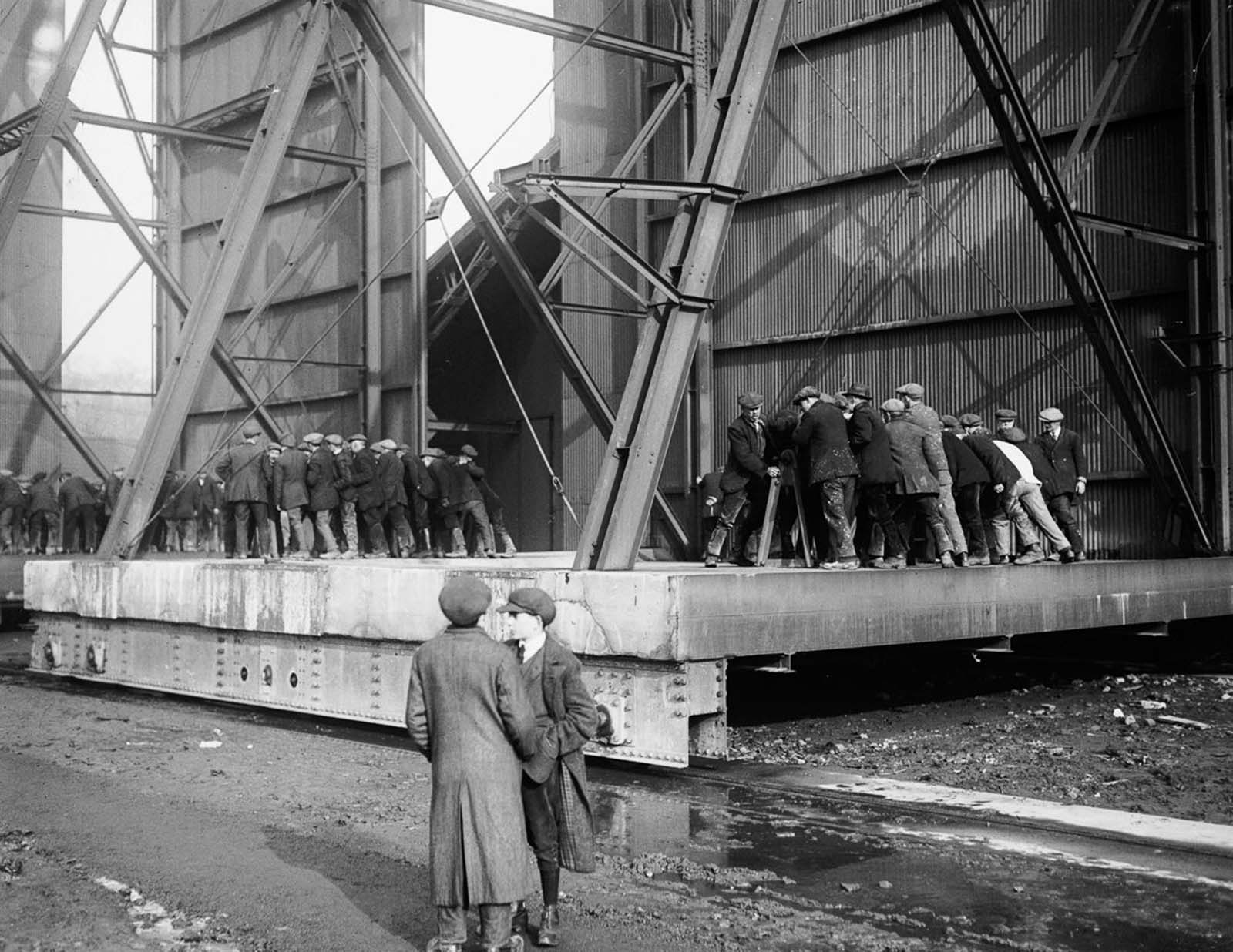 A crowd of men struggles with the doors of the hangar housing R33. 1919. 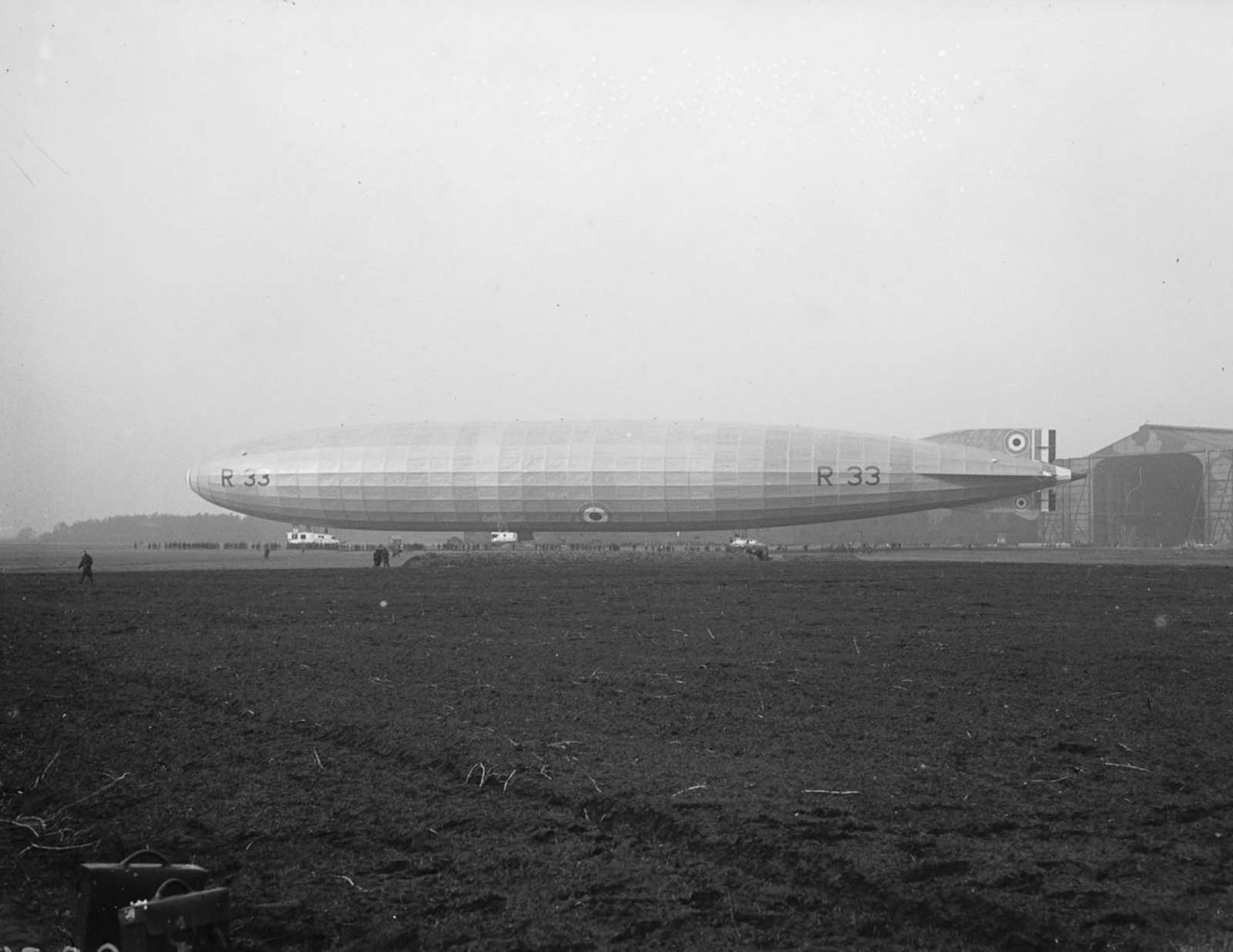 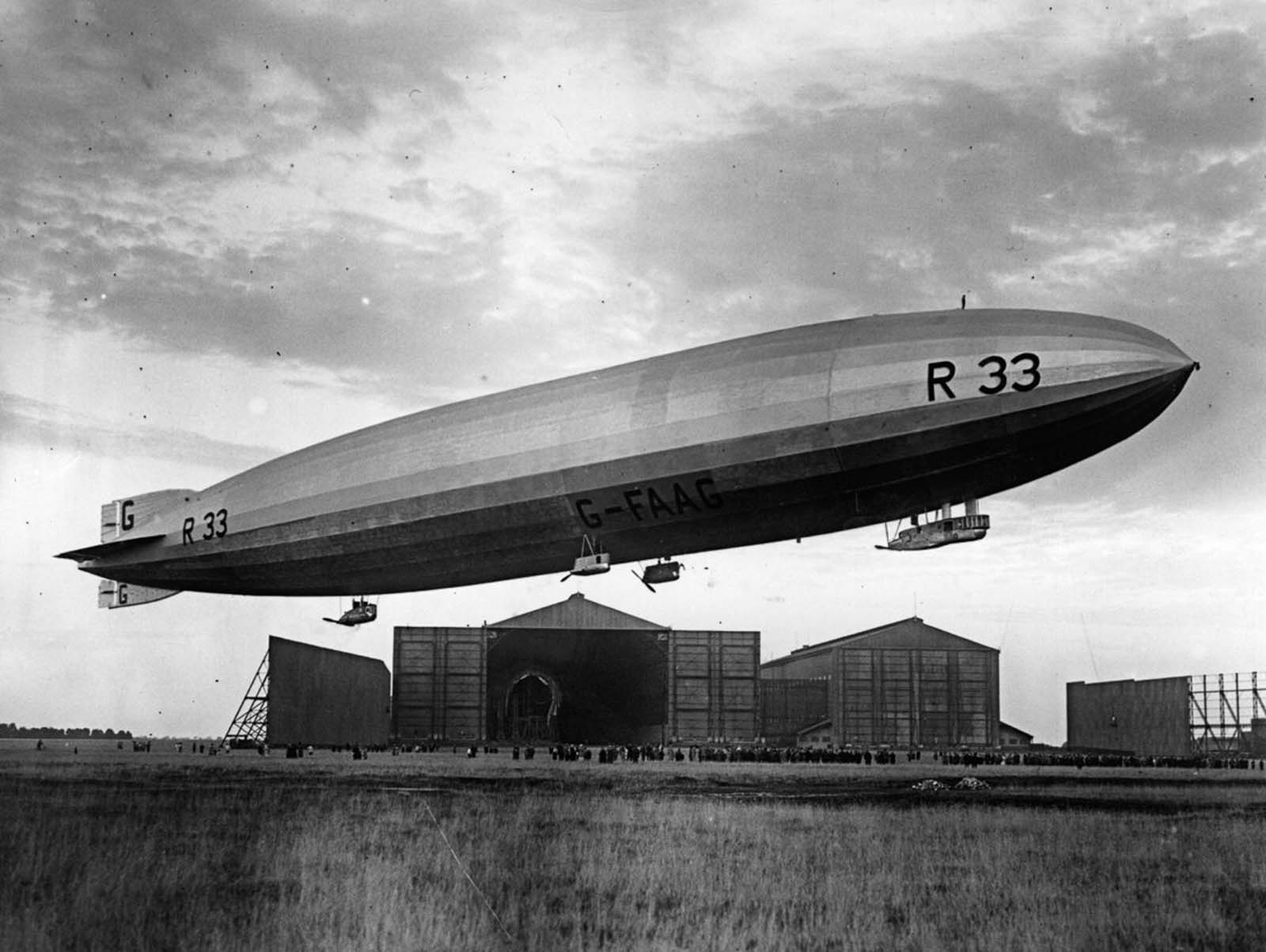 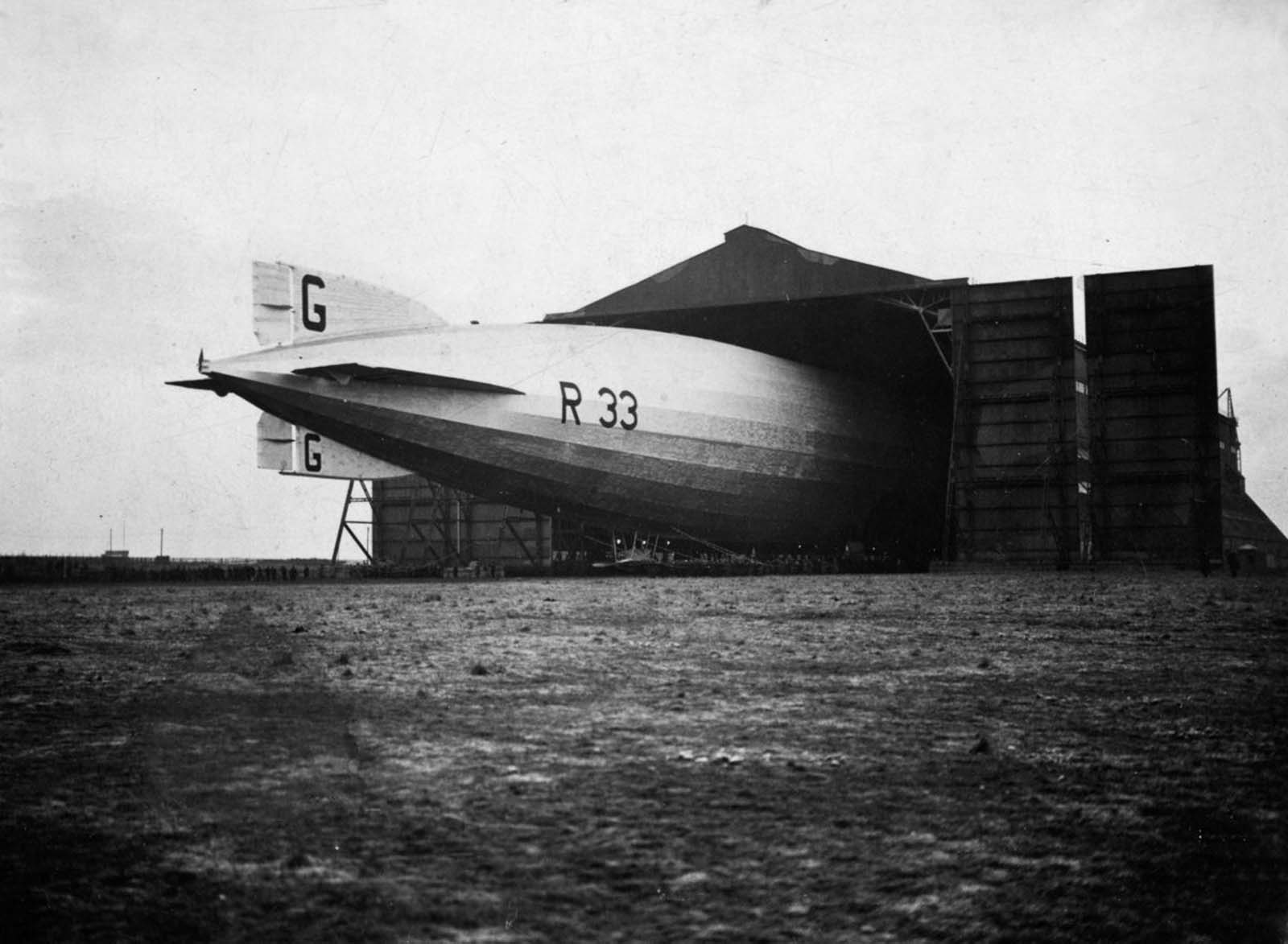 R33 emerges from its hangar to begin a series of trial flights for research purposes. 1925. 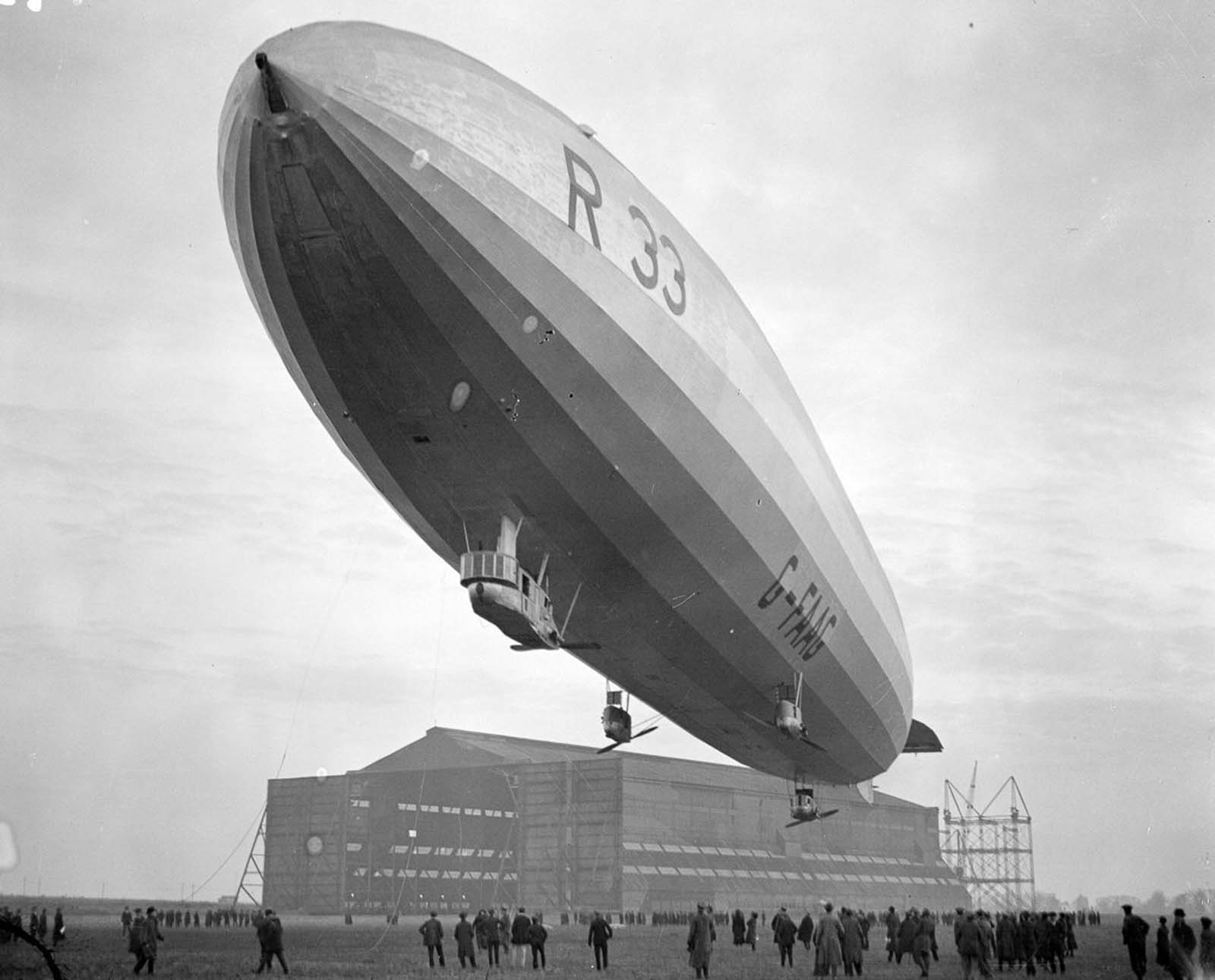 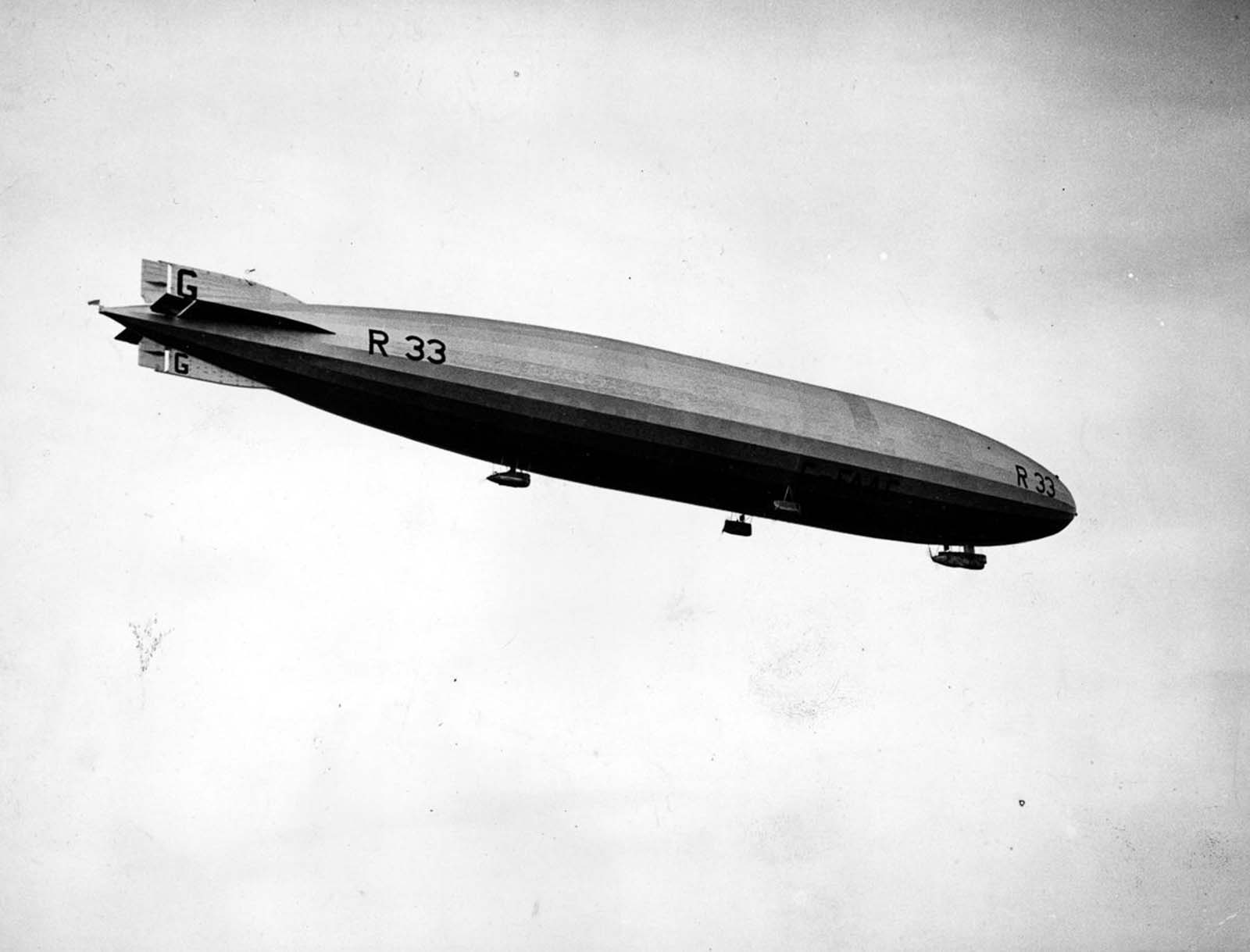 The R33 airship making an experimental flight from Bedfordshire to Pulham, the first trip of its kind for four years. 1925. 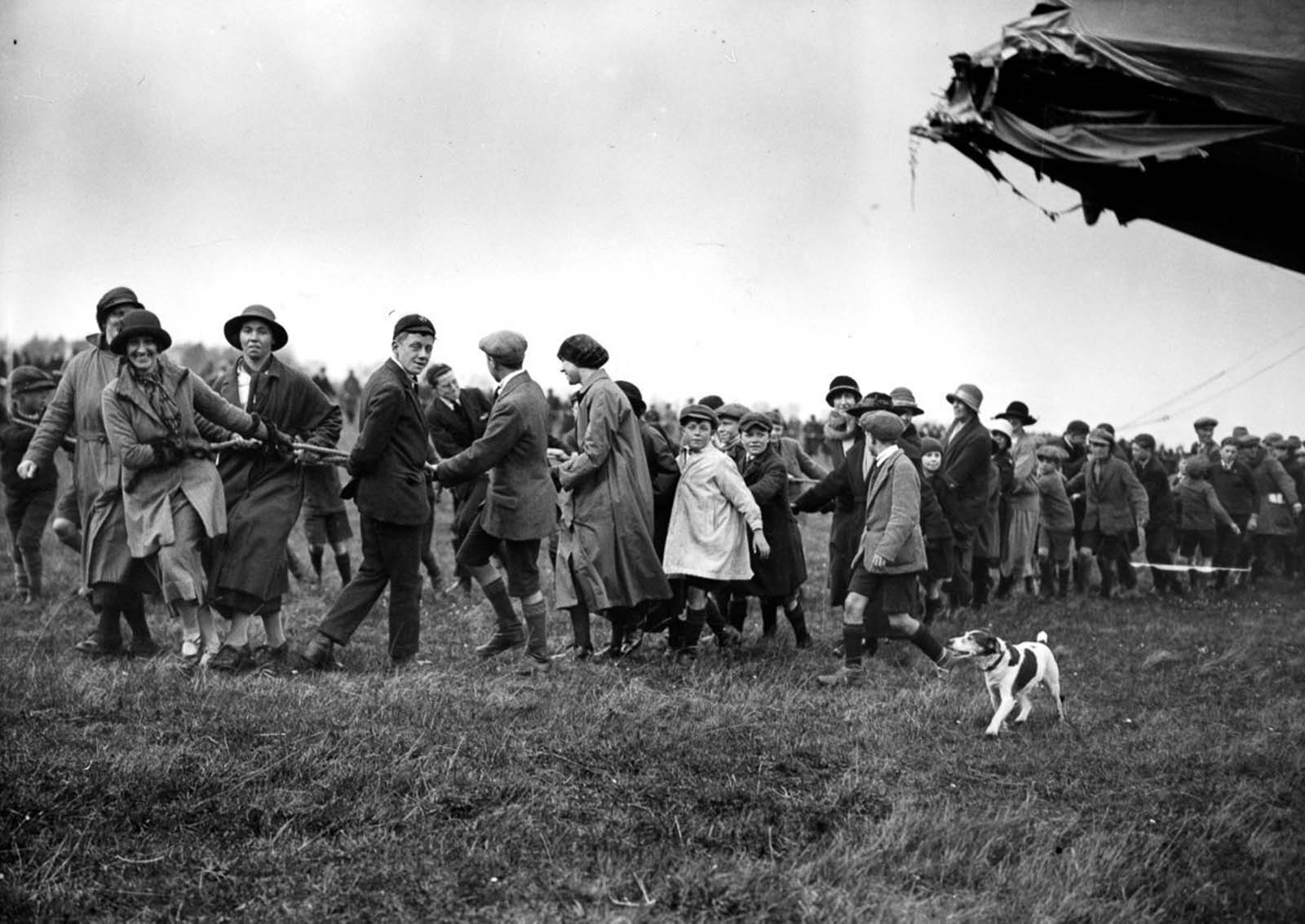 Enthusiastic volunteers drag the damaged R33 back to Pulham, Norfolk, after 28 hours aloft. 1925. 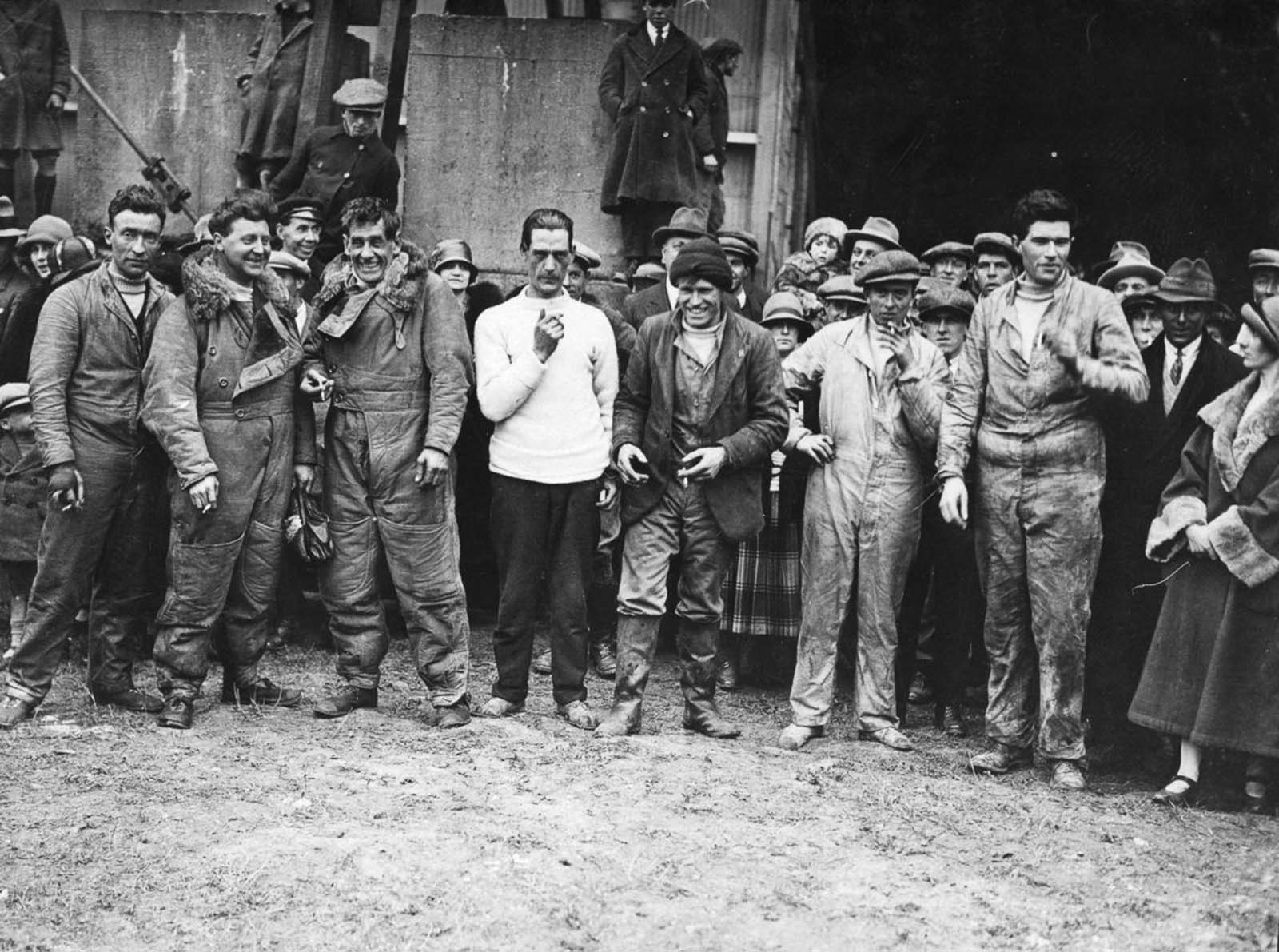