The head of Poland Józef Piłsudski died on May 12, 1935. His funeral was made a few days later in Warsaw. But in Berlin, there was a service for Piłsudski ordered by Adolf Hitler.

In the picture, you can see Adolf Hilter during the service for Piłsudski and a symbolic coffin with a Polish flag and eagle. This was the only time that Fuhrer attended a holy mass as a leader of the Third Reich and probably one of the last times when he was in a church.

Even though Hitler had a special sympathy for Pilsudski, he didn’t go to his funeral and sent Ribbentrop in his place. In 1939 when the Germans took Kraków (Krakau) Hitler ordered the Wehrmacht to set at Piłsudski’s grave an honor guard.

After he attacked Poland, he would say that things wouldn’t turn out like that if old Pilsudski was still alive. He was also very excited when Pilsudski congratulated him on winning the elections in 1933. 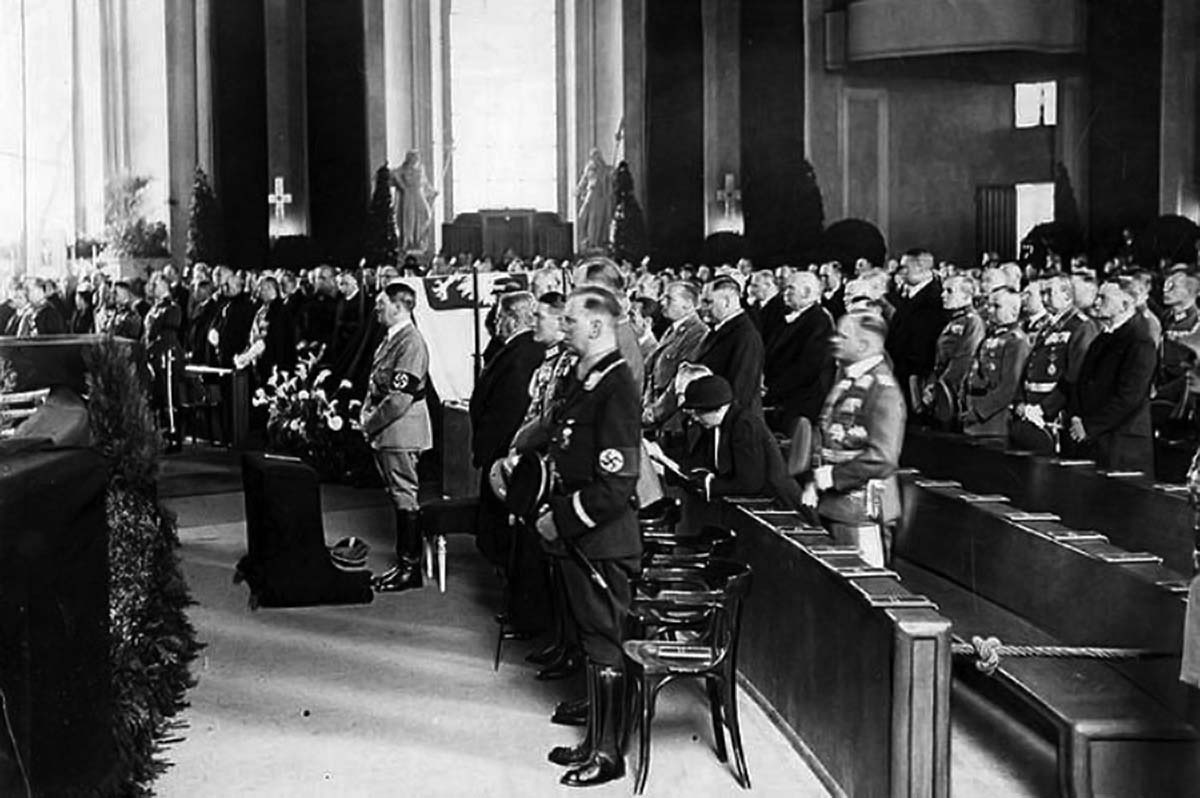 This was the only time that Fuhrer attended a holy mass as a leader of the Third Reich and probably one of the last times when he was in a church.

After Adolf Hitler came to power in January 1933, Piłsudski is rumored to have proposed to France a preventive war against Germany. It has been argued that Piłsudski may have been sounding out France regarding possible joint military action against Germany.

Lack of French interest may have been a reason why Poland signed the German-Polish Non-Aggression Pact of January 1934. Little evidence has, however, been found in French or Polish diplomatic archives that such a proposal for preventive war was ever actually advanced.

Hitler repeatedly suggested a German-Polish alliance against the Soviet Union, but Piłsudski declined, instead of seeking precious time to prepare for a potential war with Germany or with the Soviet Union.

Just before his death, Piłsudski told Józef Beck that it must be Poland’s policy to maintain neutral relations with Germany and keep up the Polish alliance with France, and to improve relations with the United Kingdom.