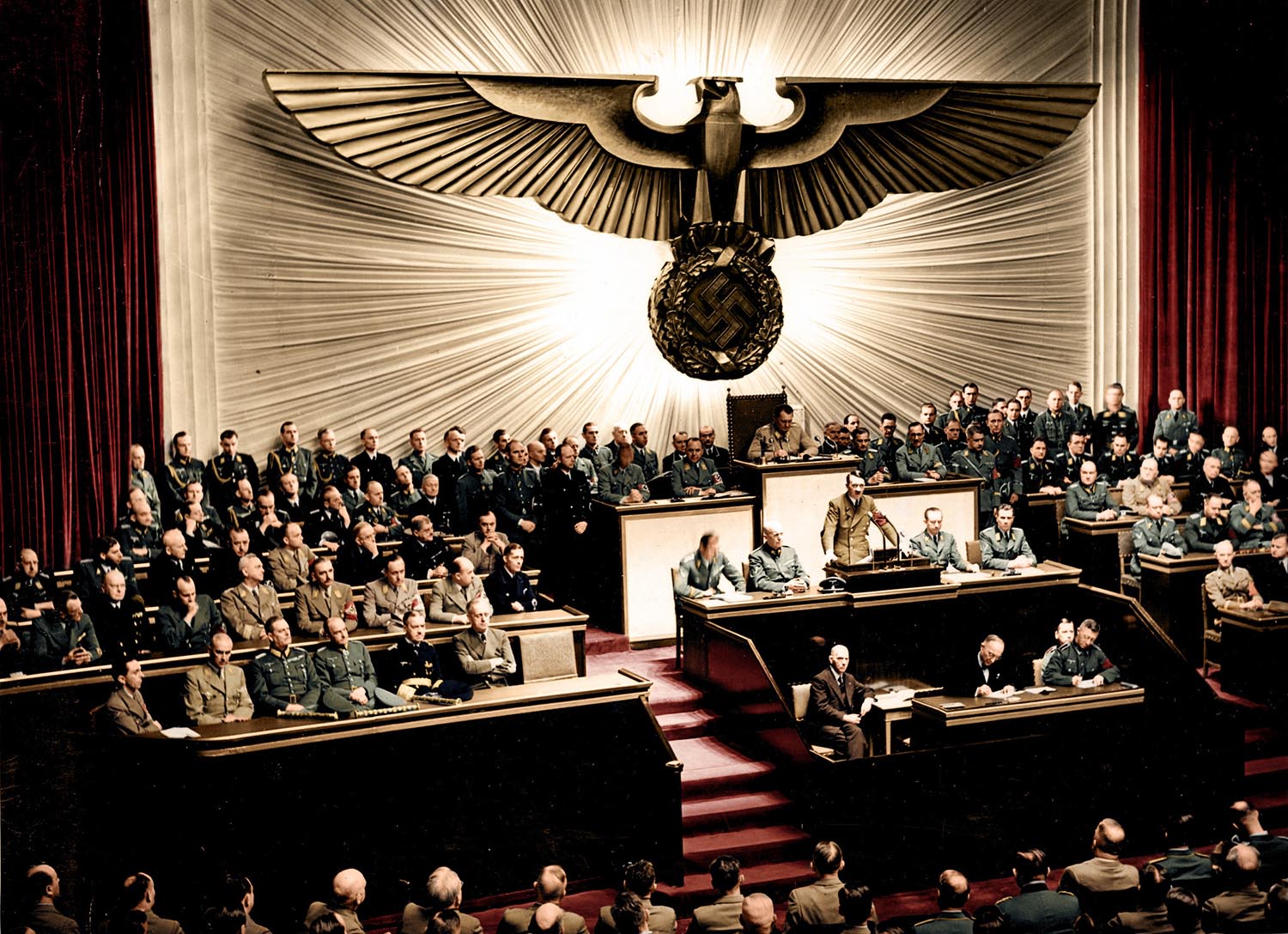 The decision to declare war was made almost entirely by Adolf Hitler, without consultation. Hitler had received no advance notice from the Japanese about the attack on Pearl Harbor.

Although he and his Foreign Minister Ribbentrop had verbally indicated a willingness to join Japan in the war against America however it broke out, Hitler had absolutely no formal treaty obligation to declare war on the United States. Such a treaty had in fact been drafted and circulated in the weeks prior to Pearl Harbor, but it remained unsigned.

The bombing of Pearl Harbor surprised even Germany. Although Hitler had made an oral agreement with his Axis partner Japan that Germany would join a war against the United States, he was uncertain as to how the war would be engaged.

Japan’s attack on Pearl Harbor answered that question. On December 8, Japanese Ambassador Oshima went to German Foreign Minister von Ribbentrop to nail the Germans down on a formal declaration of war against America.

Von Ribbentrop stalled for time; he knew that Germany was under no obligation to do this under the terms of the Tripartite Pact, which promised help if Japan was attacked, but not if Japan was the aggressor. Von Ribbentrop feared that the addition of another antagonist, the United States, would overwhelm the German war effort.

Hitler assumed that war with the United States was inevitable. He was completely right. The US was neutral in name only at that point and was going to join the war on Britain’s side sooner or later. 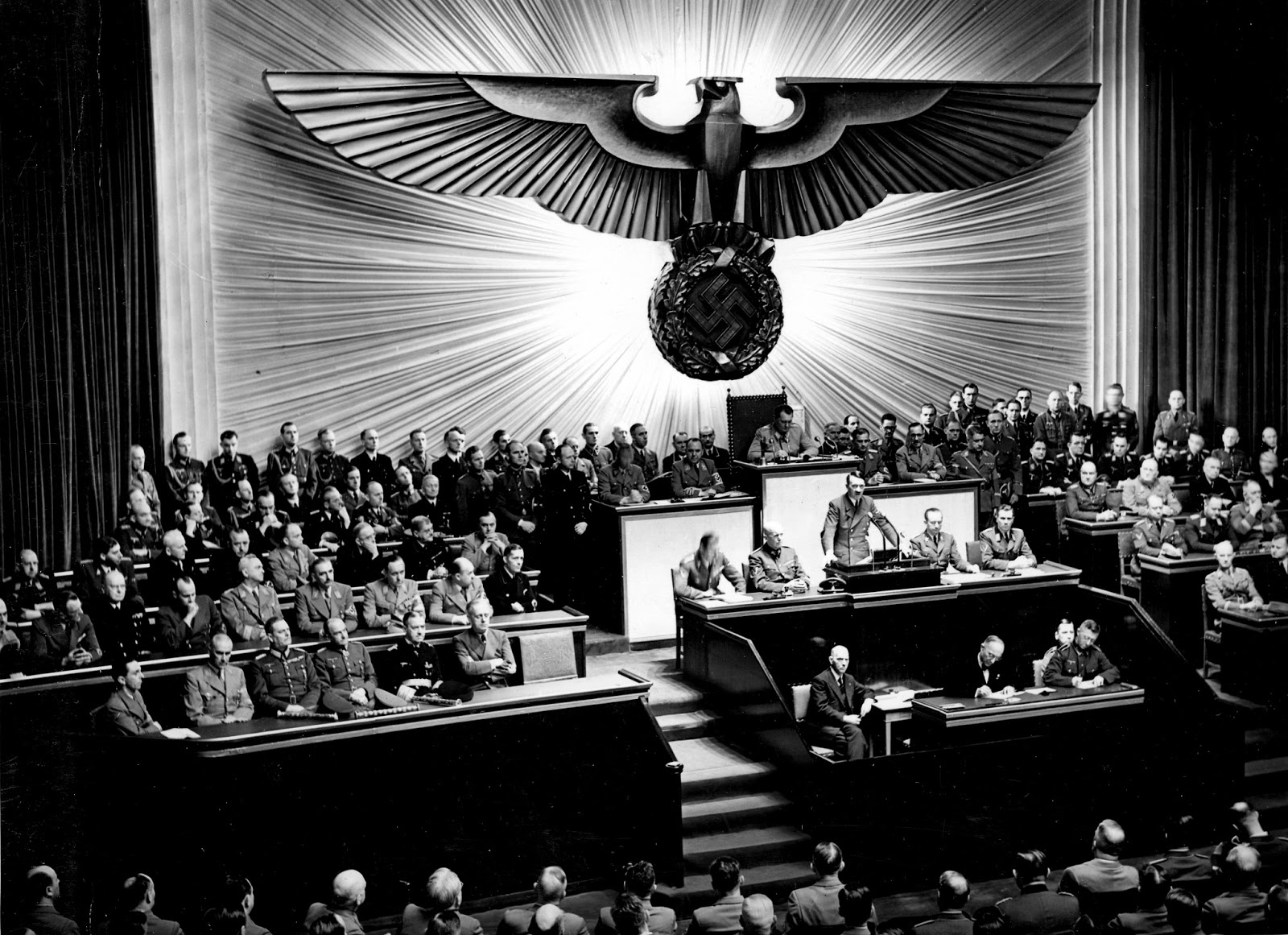 So Hitler decided that the best move would be to declare war on the USA in December 1941 both to show solidarity with the Japanese/strengthen the ties of the Axis and to hit the US right after their Pacific fleet had been dealt a massive (though crucially not a crippling) blow.

What Hitler got wrong (which was the exact same thing that the Japanese high command got wrong) was he completely underestimated the production power of the United States as well as the country’s willingness to shift the vast majority of that production over to wartime needs.

Regardless of Hitler’s reasons for the declaration, the decision is generally seen as an enormous strategic blunder on his part, as it allowed the United States to enter the European war in support of the United Kingdom and the Allies without much public opposition, while still facing the Japanese threat in the Pacific.

Some other facts about this speech

The speech to the Reichstag was originally planned for December 10, but it was delayed for a day so the German and Italian Embassies in Washington had time to burn their cables.

Hitler’s declaration of war came as a great relief to British Prime Minister Winston Churchill, who feared the possibility of two parallel disconnected wars (UK and the Soviet Union versus Germany in Europe, US versus Japan in the Pacific).

With Nazi Germany’s declaration against the United States in force, American assistance for Britain in both theaters of war as a full ally was assured.

The reason Herman Göring’s chair is bigger is because he was Reichstagspräsident which means president of the Reichstag. In this position it was his duty to overwatch discussions and such, that’s why he’s sitting above the others. It is similar to how the US House is set up during State of the Union, with the Speaker and Vice-President (who serves as President of the Senate) sitting behind the President, and in normal days whoever is presiding officer would be seated there. It’s a standard for Parliaments and Congresses.

The eagle background is quite a feat, its sharp edges and predatory posture impose power, discipline, order, and fear. Everything Nazi was basically made to impress and especially to intimidate. Selling an image is easier than selling an ideology, especially in the environment Germany was in during that time.