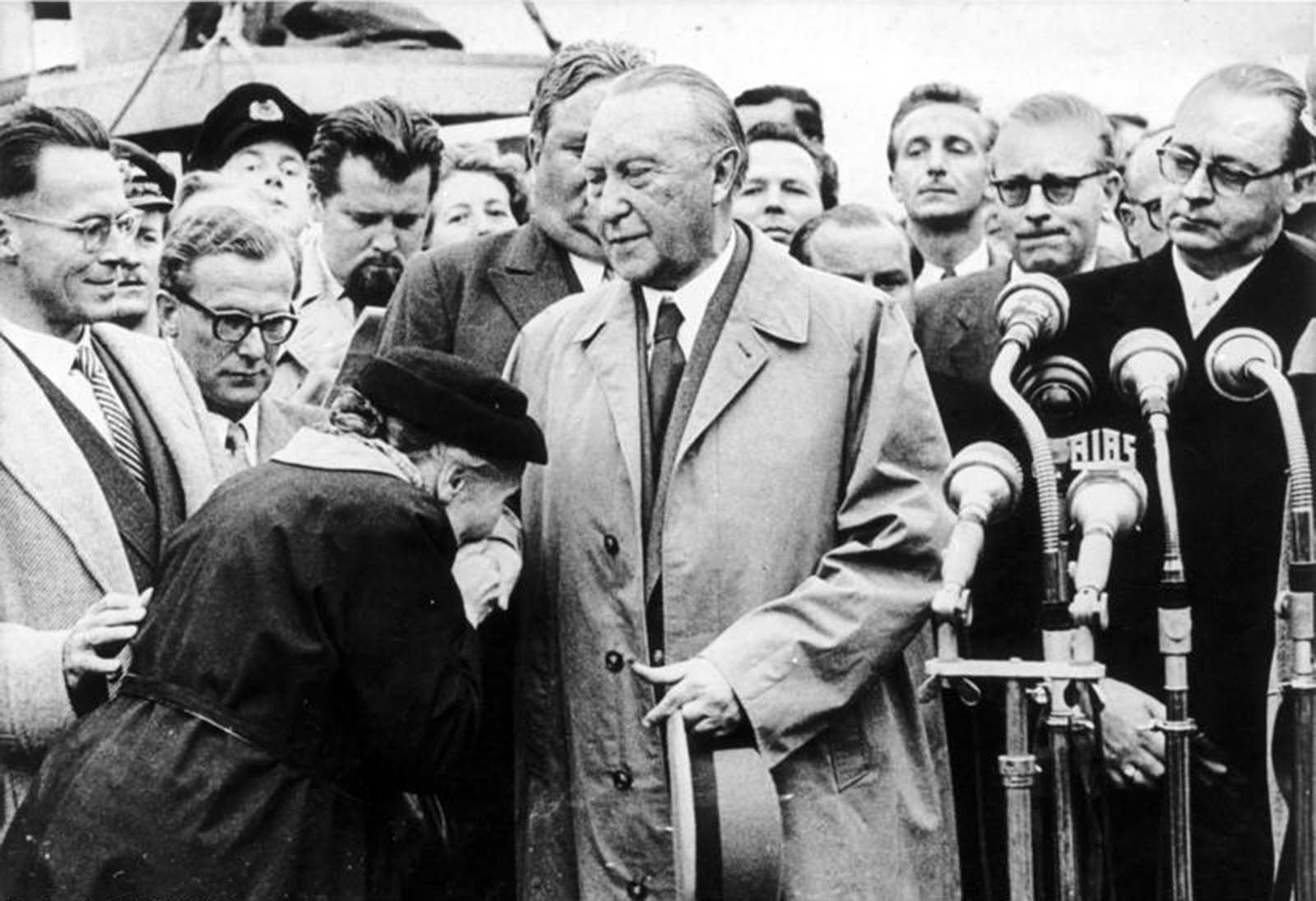 Adenauer returned to Cologne after he negotiated the release of the last 10,000 war prisoners, 1955.

The mother of a prisoner thanks Konrad Adenauer upon his return from Moscow on September 14, 1955. Adenauer had succeeded in concluding negotiations for the release to Germany, by the end of that year, of 15,000 German civilians and prisoners of war. Konrad Adenauer personally negotiated the whole thing with the Soviet government, resulting in a huge boost in popularity for him and pictures like this one.

The event this famous photo was taken on is part of what’s known as “Die Heimkehr der Zehntausend” (The Return of the 10,000), as they were the last German prisoners of war in the Soviet Union to be released.

The return of the German prisoners of the war was part of a Soviet campaign to establish diplomatic relations with Western Germany, which was widely unpopular in the Eastern Block and the Soviet Union itself.

Approximately three million German prisoners of war were captured by the Soviet Union during World War II, most of them during the great advances of the Red Army in the last year of the war.

The POWs were employed as forced labor in the Soviet wartime economy and post-war reconstruction. By 1950 almost all had been released.

In 1956 the last surviving German POW returned home from the USSR. According to Soviet records, 381,067 German Wehrmacht POWs died in NKVD camps (356,700 German nationals and 24,367 from other nations).

German historian Rüdiger Overmans maintains that it seems entirely plausible, while not provable, that one million died in Soviet custody. He believes that among those reported as missing were men who actually died as POWs.