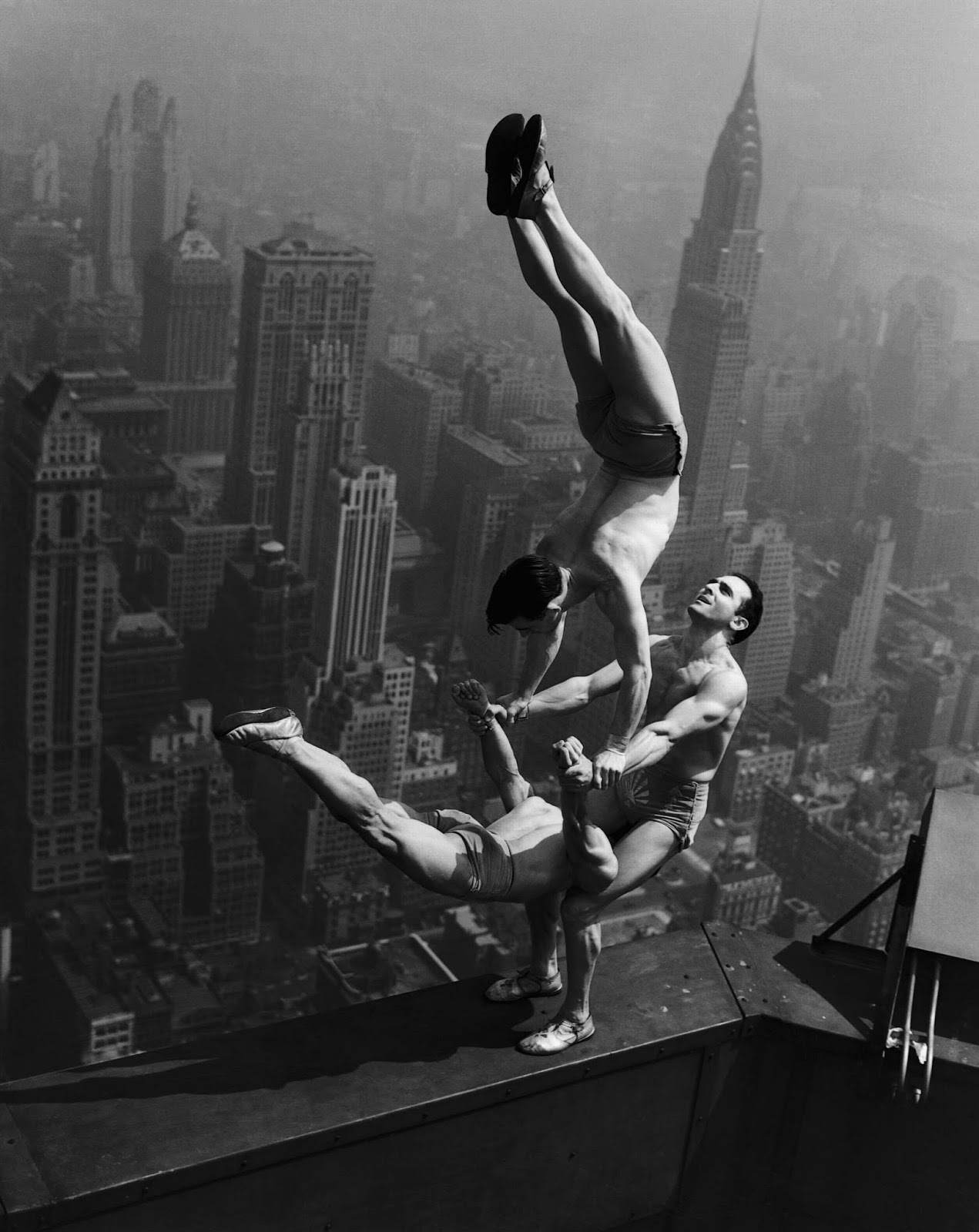 Acrobats balance on top of the Empire State Building, 1934

Acrobats Jarley Smith, Jewell Waddek, and Jimmy Kerrigan perform a balancing act on a ledge of the Empire State Building in Manhattan on August 21, 1934. Watch a local video clip of the three performers setting up the human sculpture.

The idea for the Empire State Building is said to have been born of a competition between Walter Chrysler of the Chrysler Corporation and John Jakob Raskob of General Motors, to see who could erect the taller building. Chrysler had already begun work on the famous Chrysler Building, the gleaming 1,046-foot skyscraper in midtown Manhattan. Not to be bested, Raskob assembled a group of well-known investors, including former New York Governor Alfred E. Smith. The group chose the architecture firm Shreve, Lamb and Harmon Associates to design the building. The Art-Deco plans, said to have been based in large part on the look of a pencil, were also builder-friendly. The entire building went up in just over a year, under budget (at $40 million) and well ahead of schedule. During certain periods of building, the frame grew an astonishing four-and-a-half stories a week.