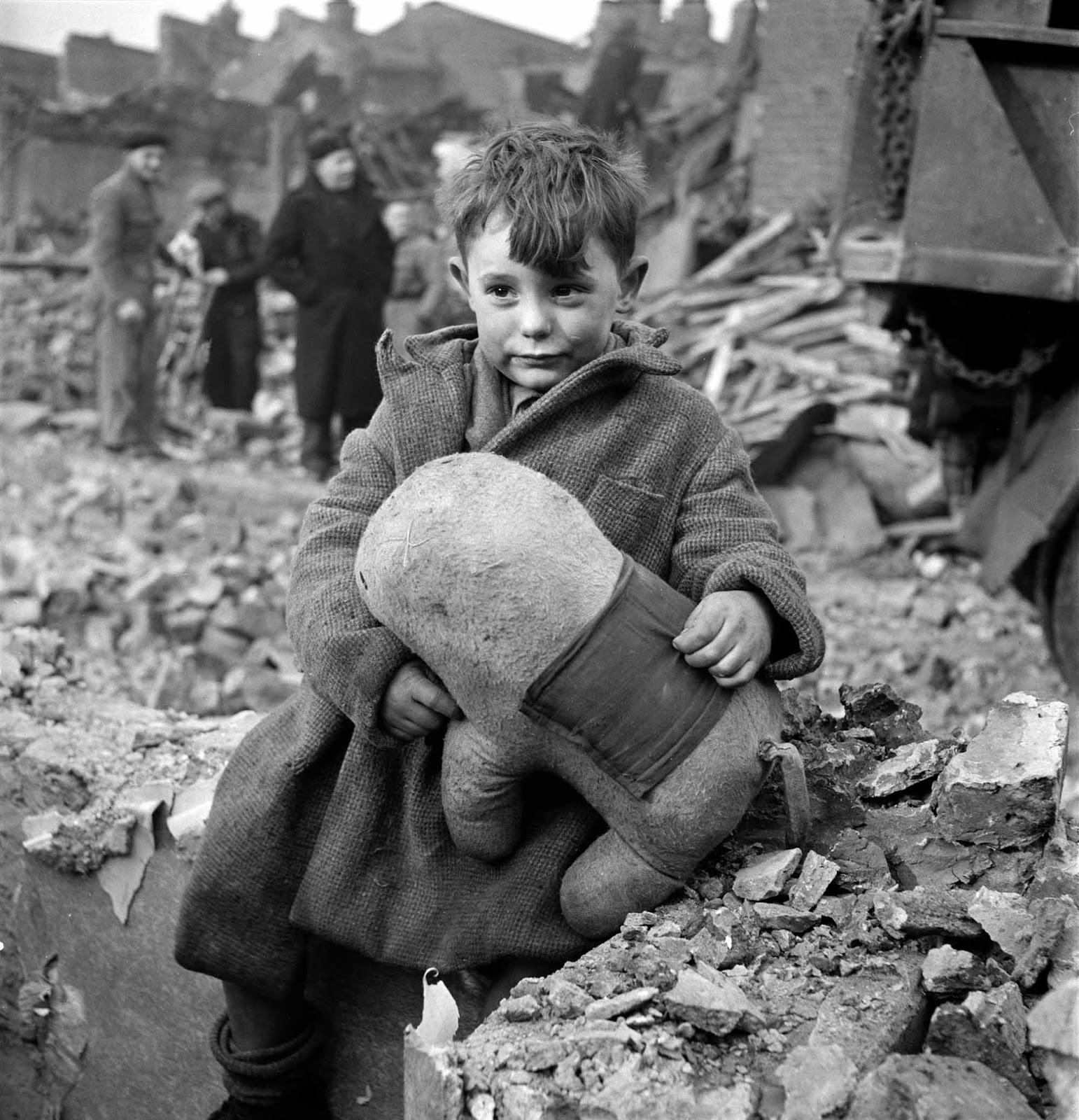 Toni Frissell’s famous image of an abandoned boy clutching a stuffed animal in the rubble of 1945 London.

The boy did in fact survive the war and became a truck driver. In the photo he’s sitting outside where his house used to be. Photographer Toni Frissell regarding this picture: “I was told he had come back from playing and found his house a shambles—his mother, father and brother dead under the rubble…he was looking up at the sky, his face an expression of both confusion and defiance. The defiance made him look like a young Winston Churchill. This photograph was used by IBM to publicize a show in London. The boy grew up to become a truck driver after the war, and walking past the IBM offices, he recognized his picture”. Colorized version of the picture.

Nazi Germany continued to bomb London up until 1945 using a variety of delivery methods including V-1 and V-2 rockets. In total 1,115 V-2s were fired at the United Kingdom. The vast majority of them were aimed at London, though about 40 targeted (and missed) Norwich. They killed an estimated 2,754 people in London with another 6,523 injured. A further 2,917 service personnel were killed as a result of the V weapon campaign. Since the V-2 was supersonic and could not be heard (and was rarely seen) as it approached the target, its psychological effect “suffered in comparison to the V-1”. In terms of casualties their effects had been less than their inventors hoped or their victims feared, though the damage to property was extensive, with 20,000 houses a day being damaged at the height of the campaign.

The boy did in fact survive the war and became a truck driver.

Toni Frissell was one of the most famous fashion photographers of the day, working with both Cecil Beaton and Edward Steichen. During the WWII, Frissell volunteered for the American Red Cross, later becoming the official photographer of the Women’s Army Corps. She traveled to the European front twice, and spent time in London documenting the horrors of war above and below the ground.