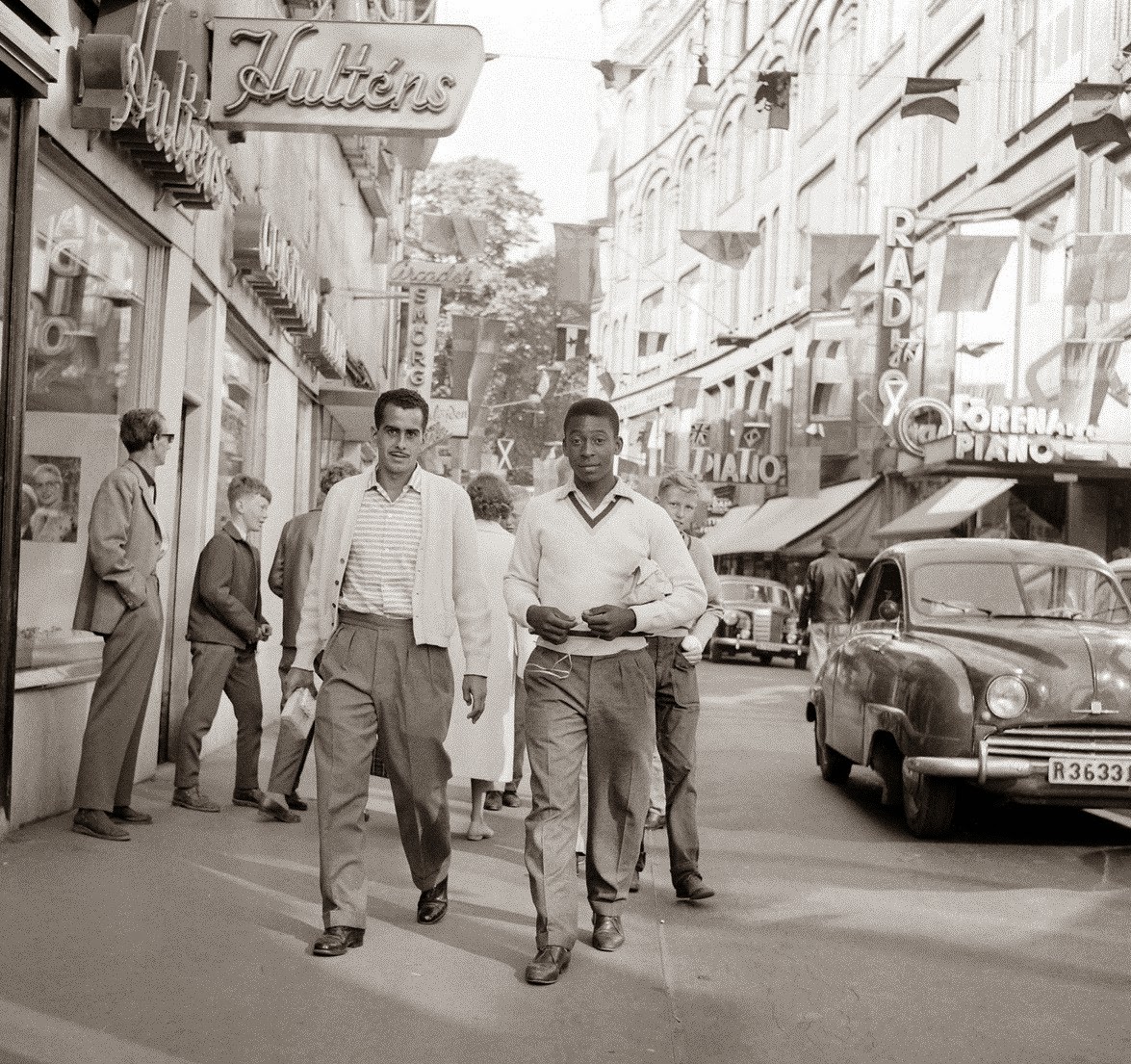 In the picture, right next to him is Zito, one of the best midfielders of all time. He was Pelé´s partner in Santos team and Brazil’s player in this World Cup.

Pelé turned 18 during the 1958 World Cup, helped Brazil to reach the finals, and then win 5-2 against Sweden, crowning Brazil as world champions for their first time ever, which turned him overnight into an international sensation. On June 29, 1958, he became the youngest player to play in a World Cup final match at 17 years and 249 days.

He scored two goals in that final as Brazil beat Sweden 5–2 in the capital of Stockholm. His first goal where he flicked the ball over a defender before volleying into the corner of the net, was selected as one of the best goals in the history of the World Cup.

Following Pelé’s second goal, Swedish player Sigvard Parling would later comment: “When Pelé scored the fifth goal in that Final, I have to be honest and say I felt like applauding”. 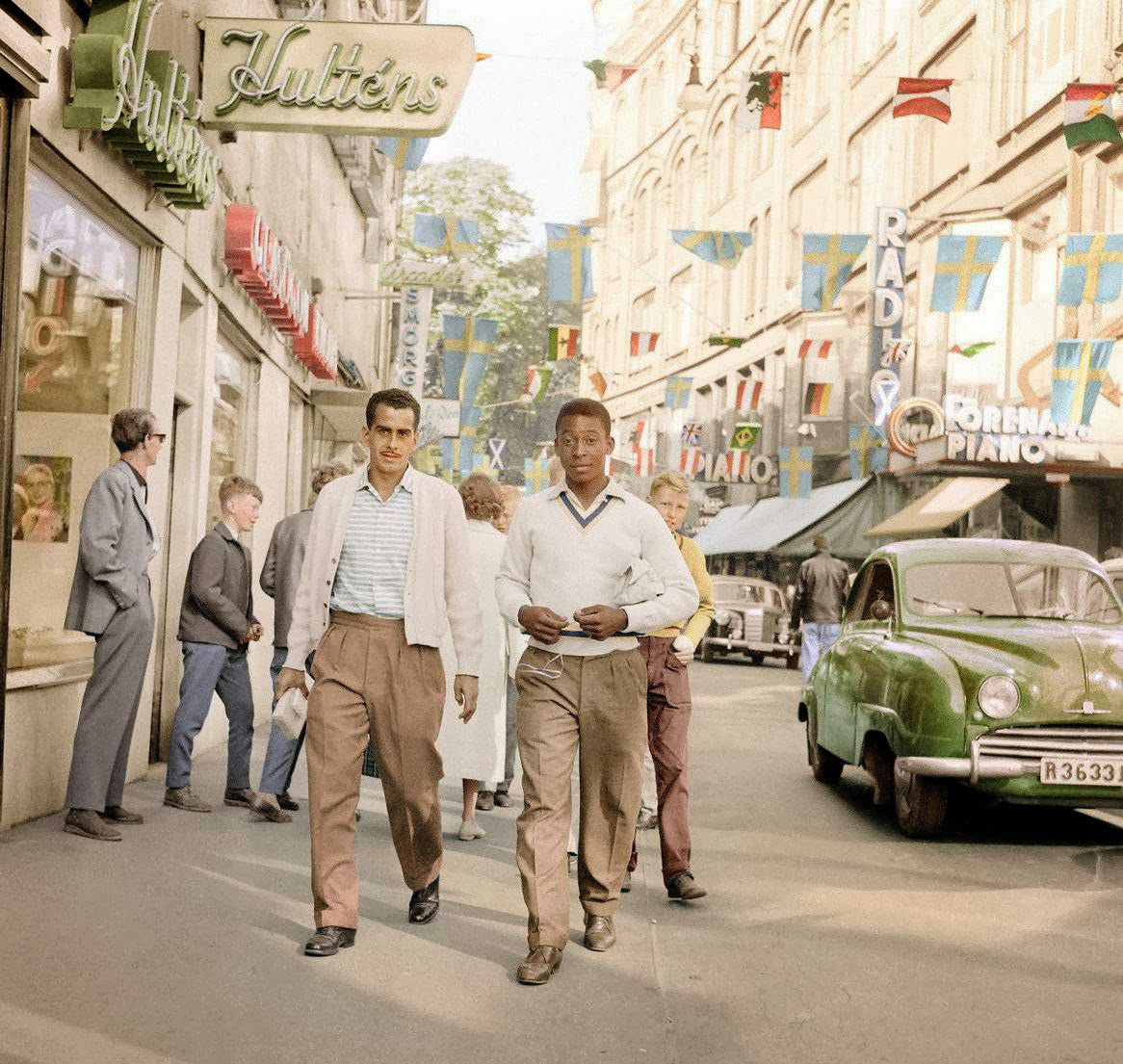 The 1958 World Cup was probably the last time his life was relatively normal. Before the tournament, he was more of a mystery outside of Brazil; after, one of the most popular athlete that ever lived.

Pelé would go on to score 1200+ goals, be named FIFA player of the century, and win two more world cups (in 1962 and 1970) among countless other trophies. To this day no other footballer has ever won 3 world cups and likely never will.